Some few days ago KTM company has verified that it will launch KTM 790 Adventure bike in India. But there is no definite timeline given by the company. So we expect it to be launched under 9 to 12 months. The new KTM 790 adventure bike is likely to work with the same 799cc units as the current model. But since KTM engineers will have to adjust it to meet the new emission standards. We believe it could have a slightly different output power compared to the previous model.

The KTM 790 will be a CKD motorcycle. So 100 units of the motorcycle are already land at the companies for research and improvement and service training purposes. However, engine components and motorcycle parts already import. But other parts, such as the headlamp, levers, etc will be obtained from local manufacturers. The starting price of the KTM 790 Adventure bike in showrooms is Rs 11.5 lakh.

The 790 Adventures of KTM offer a smaller and lighter alternative.  Both models are designed to be long-capacity off-road. But comfortable and versatile enough for long-distance trips. Because KTM 790 Adventure is aimed at adventure tourism enthusiasts in general. While the 790 Adventure R, higher and more specific, is aimed at more demanding off-road bikers. So with the comparison of BMW and Triumph, the KTM 790 is lighter because its weight is 469 pounds with wet. 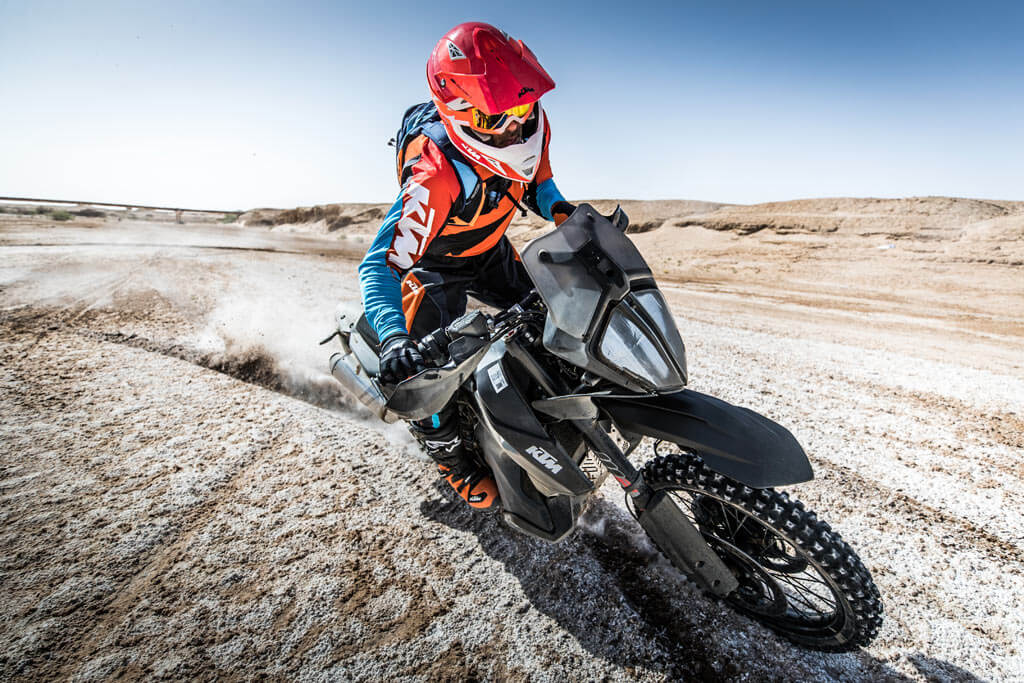 Because contributing to its low weight is the twin DOHC LC8c 799cc, liquid-cooled, which also feeds the KTM 790 Duke sports bike. Its compact dimensions and its vertically stacked gearbox allow a short wheelbase, a long swingarm that improves traction and moderate seat height. However, It is dual counterbalancers keep the vibration at bay, while a crankshaft displacement of 75 degrees and the firing order of 435 degrees produce the sound and feel of a V-twin. Because as a stressed member of the chrome-molybdenum steel tubular frame, the LC8c saves weight and contributes to the rigidity of the chassis.

Other weight savings come from high-pressure cast aluminum engine boxes, lightweight camshaft, Nikasil-coated aluminum cylinders, pistons forged with DLC-coated pins and low mass crankshaft. However, A distinctive feature of the 790 is its horseshoe-shaped fuel tank. Because It extends from the central padding down to both sides of the bike and expands into two large pods that protrude from both sides of the engine. 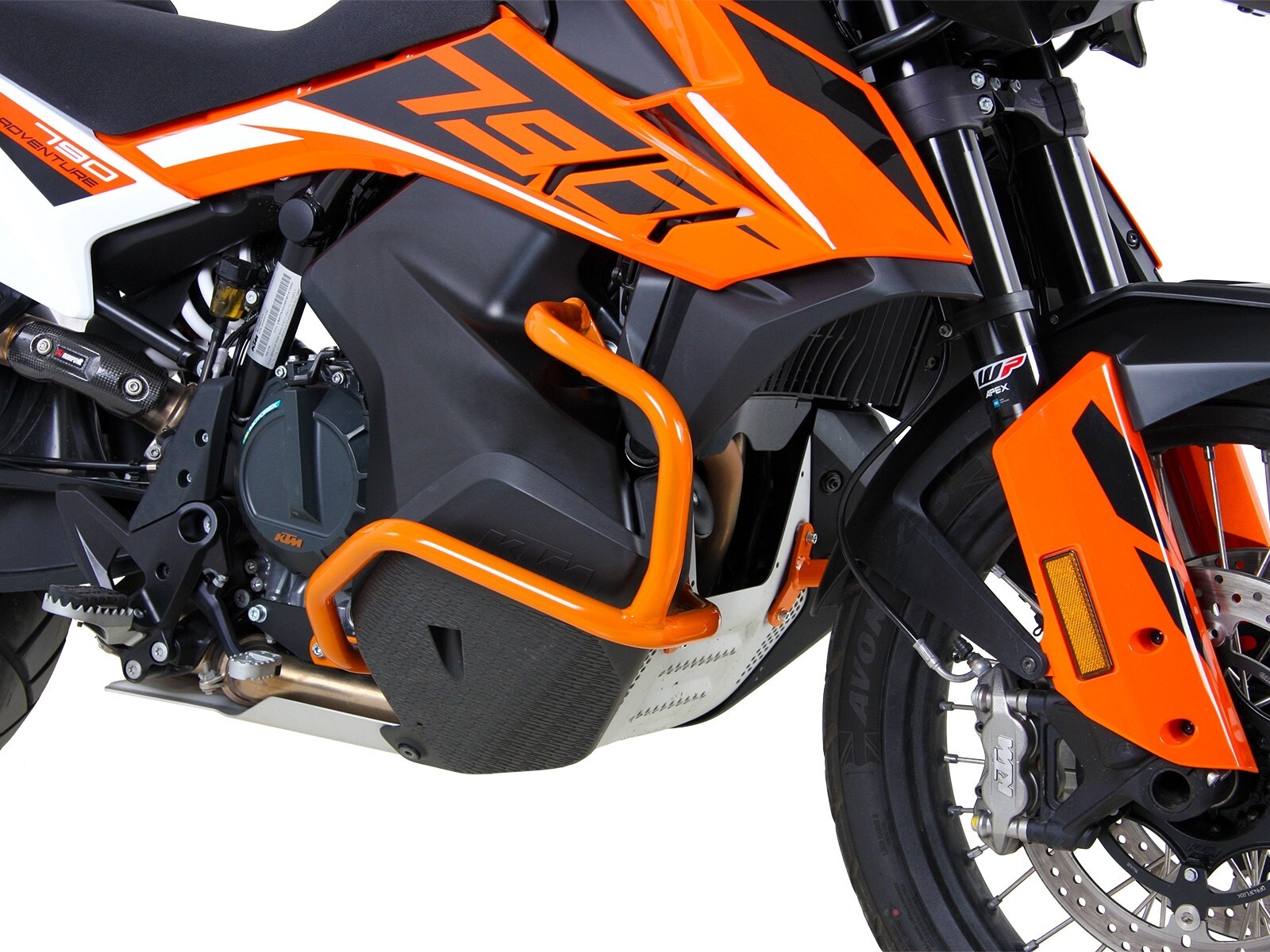 Adapted from the tank in the KTM Rally 450 Replica, the design advantages include a lower center of gravity, engine protection, less volume between the knees to stand up, the largest fuel capacity in its class with 5.3 tuns and more comfortable carrying. Because the air filter battery and fuses are available under the seat. However, a previous exhaust chamber under the bikes also keeps the mass low and centralized. While a high-mounted short silencer allows great ground clearance. 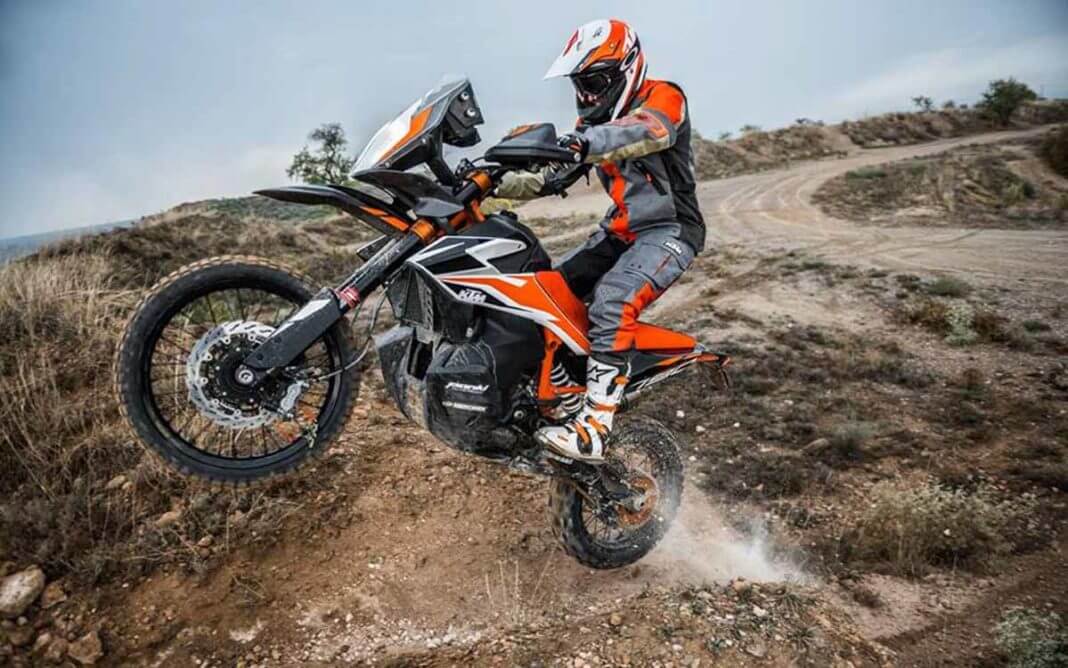 Given the off-road and tour missions of the 790 Adventures, the LC8c has been adjusted accordingly. However, Compared to the 790 Duke, adventures generate less horsepower. But a little more torque is delivered at 6,500 rpm instead of the Duke’s 8,000, with the entire torque curve shifted down in the speed range for a lower to medium growl. When multiple driving modes adjust the throttle response and traction control settings of the motorcycle sensitive to the angle of inclination. Because the power reaches the rear wheel by means of an assist and slip clutch, a six-speed transmission and a final chain transmission.

According to the KTM reports, the weight of the KTM 790 will be Approximate 180 kg. Its seat height is  850 mm, Taillight LED, Rear Brake Diameter is 260 mm, Ground Clearance 233 mm, Fuel Capacity 20litter and Front Brake Diameter is 320 mm.

KTM bikes are very expansive and it has a double-disc configuration. The front of this bike is connected with the four-piston calipers with a 300 mm disc with radially. However, In this KTM motorcycle a single-piston floating caliper with a 240 mm disc rear-wheel. So the motorcycle is fitted with ABS that is a supermoto mode and can be turn off completely.

The main spotlight, the tail light, and the indicators are LED units. Which is found in a 5-inch color TFT screen that provides information related to the trip meter, fuel range, ABS settings, and driving modes, among others? In this bike manufacturing, aluminum conical motorcycle handlebar can be mounted in six different positions. However, other specialties include high windshield and height-adjustable two-part seat.

This engine improved for the KTM 790 adventure or mountain motorbike is first of its kind in KTM. That is the parallel-twin 799 CC engine which produces about 105 Hp. However, the company challenges to have tested the bike for many thousand kilometers. If most of your time will be spent on the road or if the seat height is a concern, then the standard 790 Adventure is the obvious choice.

However, KTM 790 Adventure bikes are presented in orange (left) or white (right) with black handguards. And 790 Adventure bike R is introduced in a racier orange/black/white color scheme with orange handguards. If you want more information about this bike then read this blog. We hope this post will give you the right information. And if you have any type of query then ask on the comment box.